The 2010 CIV has been revealed in Monza 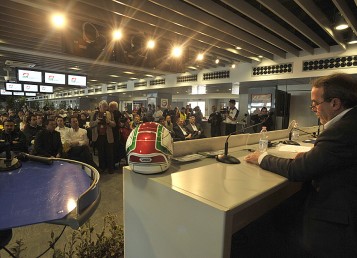 The 2010 Campionato Italiano Velocità has been officially presented today to the media and workers in the press room of the Monza Circuit. (VIDEO COMING SOON).

The CIV and its novelties have been revealed through President Sesti and Alfredo Mastropasqua’s speeches. The Championship will get underway on April 18th at Vallelunga and it will be organized for the second consecutive year with the direct involvement of the FMI.

This year the schedule will include seven races, with a double round to be disputed on the weekend of June 20th at Mugello. Furthermore the CIV will be disputed even on the Imola circuit apart from Vallelunga, Misano and Mugello.

All the challengers will be very competitive and among them there will be international riders and promising debutants. Everything has been prepared and improved in order to offer a competitive and professional product to the television broadcasting stations. In fact, after last year’s live broadcast on MotoTV, this season there will be two channels with live broadcast of the CIV categories. Sportitalia will air the Superbike, Supersport and 125 GP.Whilst Nuvolari will broadcast the Stock 600 and Stock 1000 challenges. Delayed broadcast of the CIV races on MotoTV on Monday, as well as for Sportitalia and Nuvolari that will air the classes which weren’t live broadcasted on Sunday.

Rai will air the race highlights on Tuesday night. Races results, preparations and novelties will be spread by a wide number of local and national radios. So that the media coverage will be more massive and this will provide great visibility to riders, manufacturers, teams and sponsors involved in the CIV.

The 5 CIV classes will be joined by the R6 Cup where the performing R6 and R1 will be struggling.

The FMI will be present not only as the Championship organizer because it will also take part in all those events which mould the young riders, Coppa Italia and MiniGp, in the women activities and in the Debutants’ Trophy.  This year the Coppa FMI round are several and they will host the trophies organized by the manufacturers and Moto Clubs. 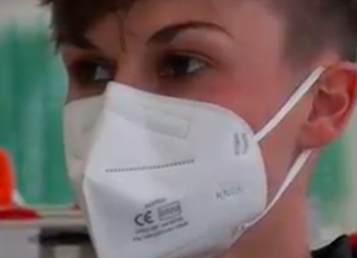 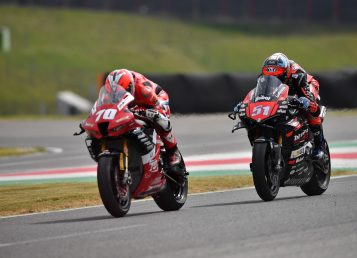