Superbike: will be many against Baiocco 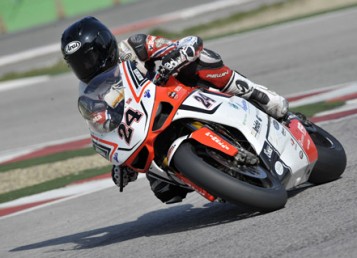 Won the 2011 title after a fantastic battle with his friend and team mate Alessandro Polita, the Italian champion Matteo Baiocco start of lawwith the underdogs for the Superbike crown in this 2012. Still riding the Ducati Barni Racing Team. Many, even here, will be opponents to beat. One out of allthe ex-champion Stock 1000, the Lombard Luca Conforti, who after the experience with Althea Racing has decided to return to the “old house” and do it by Barni Racing like team mate of Baiocco but also by his greatest rival. For the title there will also be the rider fromt Marche, Ivan Clementi, who came in 1000 with SBK Stock with Asia Competition, F the Lombard Fabrizio Lai aboard the Althea Racing Ducati but also the Tuscan talent Gianluca Nannelli, ready to return the upper tiers of the Italian championship in leading the Ducati prepared by Team Grandi Corse.