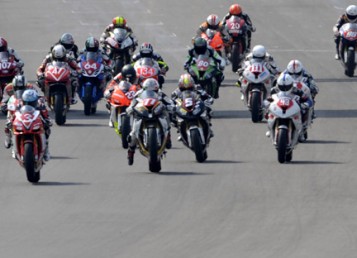 Many blues also Stock 1000. At Imola eyes on two bearers Barni Racing Team Italia, Lorenzo Savadori and Eddi La Marra, who will try to run to the top of the first race of the season one of the three circuits of the house. The Romagna rider back to riding a Ducati Stock after the end of 2011 and promising debut. For Lazio rider the adventure ended many years with Honda, here is the debut on the Panigale.
Another change of motion for Lorenzo Baroni. The former lieutenant Ducati Althea went to the BMW GoldBet Motorrad Team Italia definitelytry to get into the international limelight. Common goal even to the Roman rider Fabio Massei, who after a troubled winter has managed to find a “luxury guide”to the EAB Team Ten Kate Junior.
To follow even the weekend of Marco Bussolotti, after the experience that Kawasaki is ready to get on the Ducati 1098R SK Energy – Racing Team and Massimo Parziani, ex-125 about to make his debut run on Aprilia by MV Racing Team.
The only wild card, the young Federico Dittadi: the 21 year old Venetian of Riviera Team will try to repeat the good deals in the first test of the CIV, closed in sixthplace overall in the category at presentation.