Imola test, Velini: “At the top in STK with BMW” 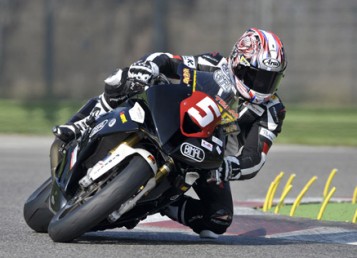 From Supersport with Honda to the Stock 1000 with BMW. The jump made ??this year by Alessio Velini not one of those simple but the rider from Umbria we have become accustomed in recent seasons at various steps of the category, often with verysatisfactory results. The former driver of Team Italia (in the Supersport World Championship and European Stock 1000 FIM Cup) way back in the classroom dedicated to the 1000 cc engines for two years after coming close to the title of the 600 prepared. At Imola occurred aboard the BMW Team 2R Antonellini by BargyDesign with the goal to be ready ahead of the first round of next weekend. “With this bike I’m really comfortable and I hope to make the most of these three days of testing to fine tune the best – says,”Venom”- here at Imola because we havesome difficulty in more than Ducati our bike tends to get more on the frontduring the restart of the slow corners but we are trying to solve the problem ofextending more and more the gear. “

The goal for the race at Mugello is implied even if Alessio does not want todeclare. “It ‘s clear that I would like to replicate what I have done in recent years in Supersport and starting on the right foot in Tuscany would be important from all points of view … hope fine, I’ll put it all there to take the best result. “