Imola test, Nannelli: “With Ducati I will enjoy” 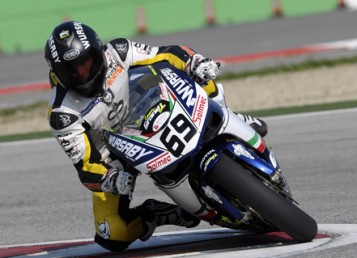 In recent seasons has been one of the most active riders in the paddock of all Europe: experiences from the past is the Spanish Moto2 and KTM Superbike but now, after years of “tribulation”, managed to return to his old love called Ducati.The 39 year old Florentine Gianluca Nannelli the CIV 2012 in the Superbike race and will do so in the saddle of 1198 prepared by the Team Grandi Corse. The same with which Simone Saltarelli last year showed very goodthings about all the Italian slopes. “It ‘s good to be back to riding a Ducati and it’s nice to do it with this team – explains Gianluca, former Italian Supersport champion – almost 40 years I no longer have to prove anything to anyone but I still really want to have fun and this year there’s every reason to do so. I feelfine physically, but with age I am forced to train more often to keep in place and I look forward to the season. “
At Mugello, Sunday’s first stage theater season, filmed last week for two days of testing Michelin and considering that is his home track will be a thousandreasons to hit a top result. “I ride for fun but my amusement, when it comes toracing, or have the victory podium and then leave for the Mugello with thesegoals in mind. Opponents? I’ll try to give a hard time with the same names as Baiocco and Conforti, but also attention to that Lai with the motion of Althea willcertainly strong … I’m ready and loaded for this season, finally all the boxes are in place and now it’s up to me to give the best. “