CIV Mugello, Moto2 race: the win is by Andreozzi 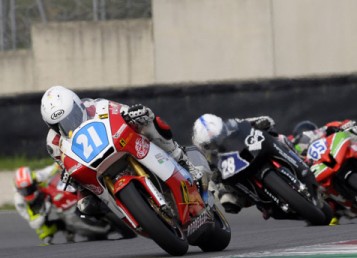 The first race of the Moto2 class went to the defending champion, Alessandro Andreozzi. The rider from Marche, bishop of the eponymous team, has struggled for all 14 laps in the second group of Supersport and eventually managed to get the better in Moto2 for just over a second on his first opponent, Ferruccio Lamborghini (Quarantaquattro Racing) who tried to fight it, especially in the central part of the challenge. “It went well – the champion tricolor Andreozzi said – I did not make the start but I managed to recover during the first few laps and ride my own race battling with the 600. I’m happy with this victory and thank the team that allowed me to make a difference in the race. “In third place the Danish Robbin Harms, which led to the podium prepared by the Bimota Edo Racing team.