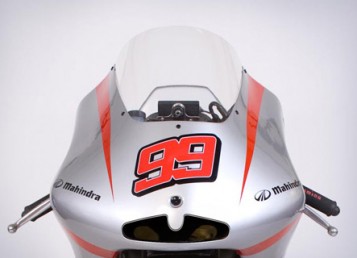 Landed for world circuits the two protagonists of the season 2011 (Antonelli and Fenati), to try to contend for the title of the 125 GP will be some illustrious name, and some kids from that terrible gym Coppa Italia chose to make the big final jump in the flag: one of them is the rider from Ferrara, Andrea Mantovani (Aprilia), debuting in 2011 and ready for consecration in the final eighth of a liter. To achieve it will be the young Simone Mazzola (Aprilia), winner last year of a race in Coppa Italia and Alessandro Calgaro (Aprilia), one of the protagonists of the same competition. Be followed with interest the debut of the indian Mahindra, which will field an old protagonist of the CIV to aim high: it will be the ex-champion tricolor Riccardo Moretti trying to bring in top positions while his team mate Sarath Kumar will apprenticeship with the aim of being in a short time in the group of the best.